The GM A-Body Pro’s And Con’s 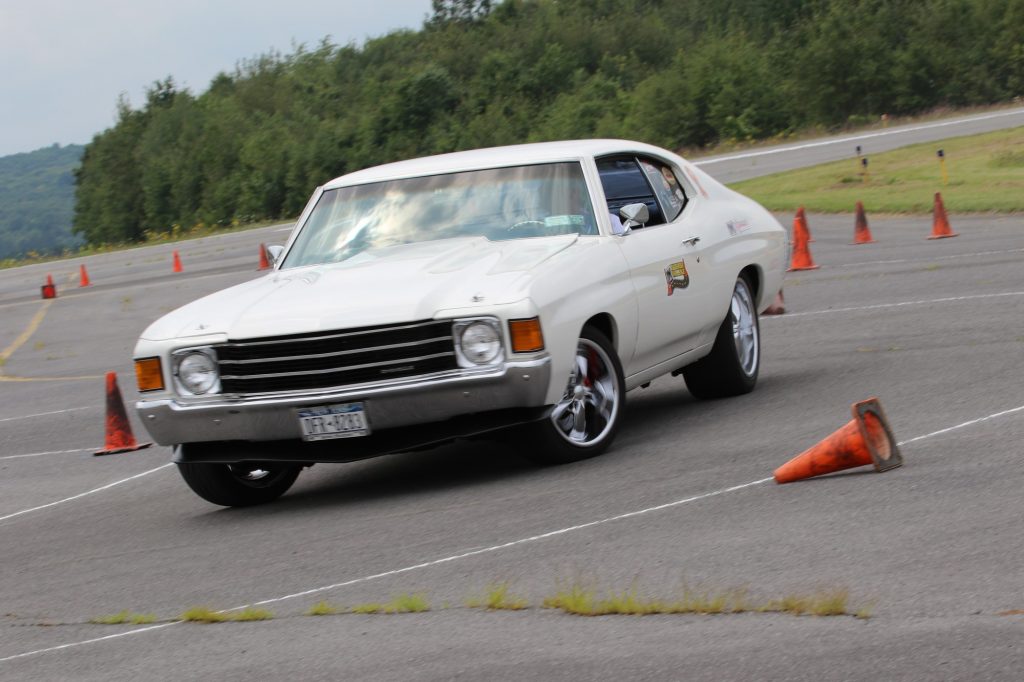 In the Pro Touring scene, the F-body platform seems to be the most popular platform due to its broad selection of aftermarket parts. But what if you want to go down a different route? The GM A-body is your next choice, with such a wide variety of models utilizing that platform. Anything from the ‘64-’72 Malibu, El Camino, Skylark, Lemans, or Cutlass. In old muscle car terms, these cars are mid-sized and more affordable than your average F-body.

We recently talked about the GM A-body with the guys at UMI Performance, and learned a little bit about the problems, fixes, and improvements that can make your A-body a lot better than the factory setup. Every platform has its downfalls, so what are the downfalls of the GM A-body and how are they fixed? We spoke to Ramey Womer, an Engineer at UMI Performance to find out more about it. 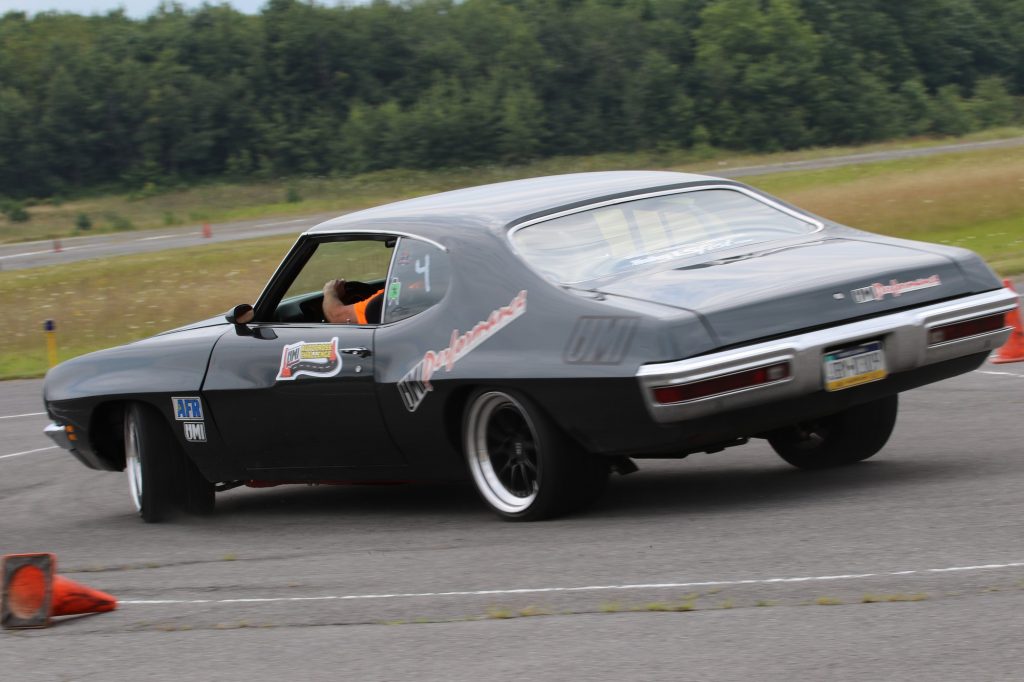 Notice how planted the front tire is, even when locked and going around a corner at high speed. 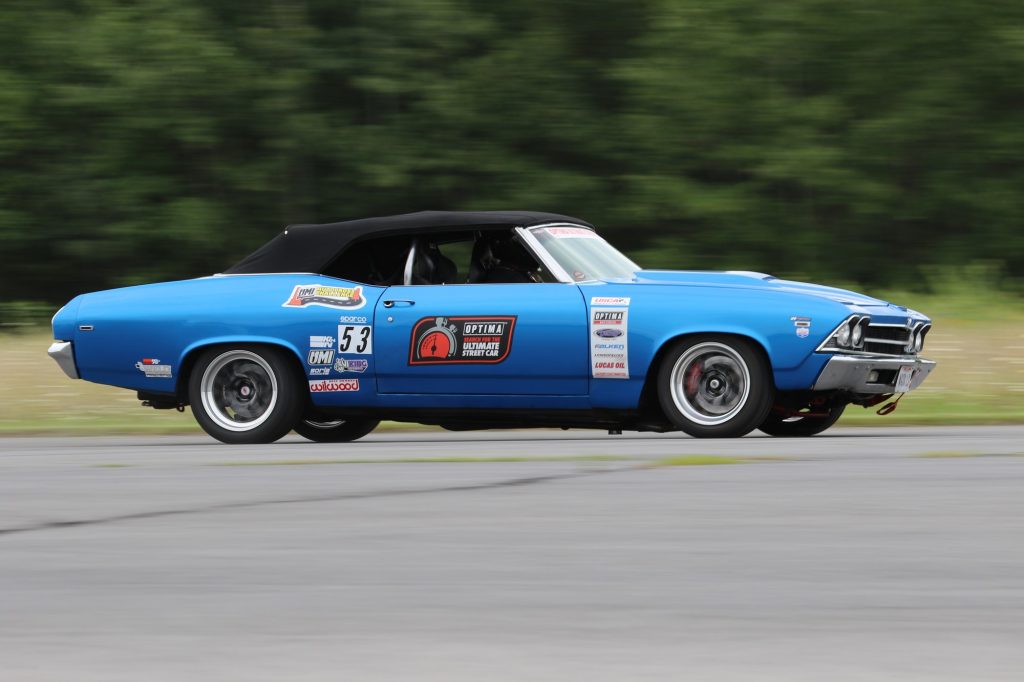 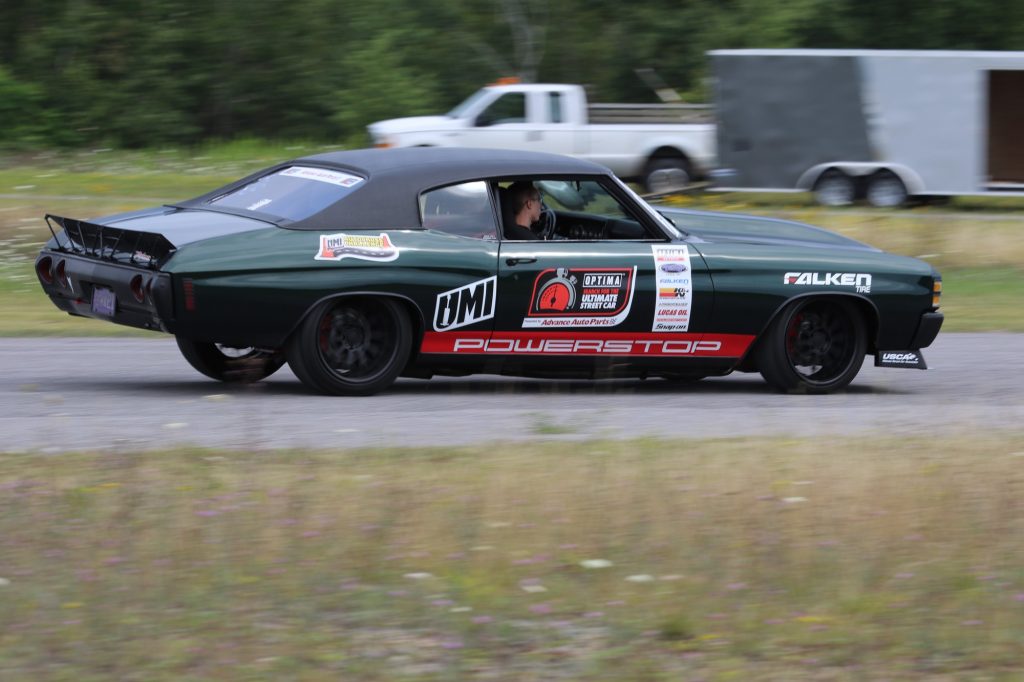 Fixing your A-Body with UMI Performance

What options are out there? Whether it be to make a better driver, or build a track ready car, there are different routes you can take. A stage two kit from UMI Performance is ideal for a nice driver, and requires no additional tuning. It includes:

Womer explained that “the stage two kit is non adjustable, the arm lengths are factory and bolt in without the builder having to worry about setting anything. Simply bolt on and enjoy the performance. Just because it’s a lower stage, doesn’t mean its lower performance.” On the other end of the spectrum is the stage five kit, which is a fully adjustable setup that is available for drag racing as well as Pro Touring. It includes: 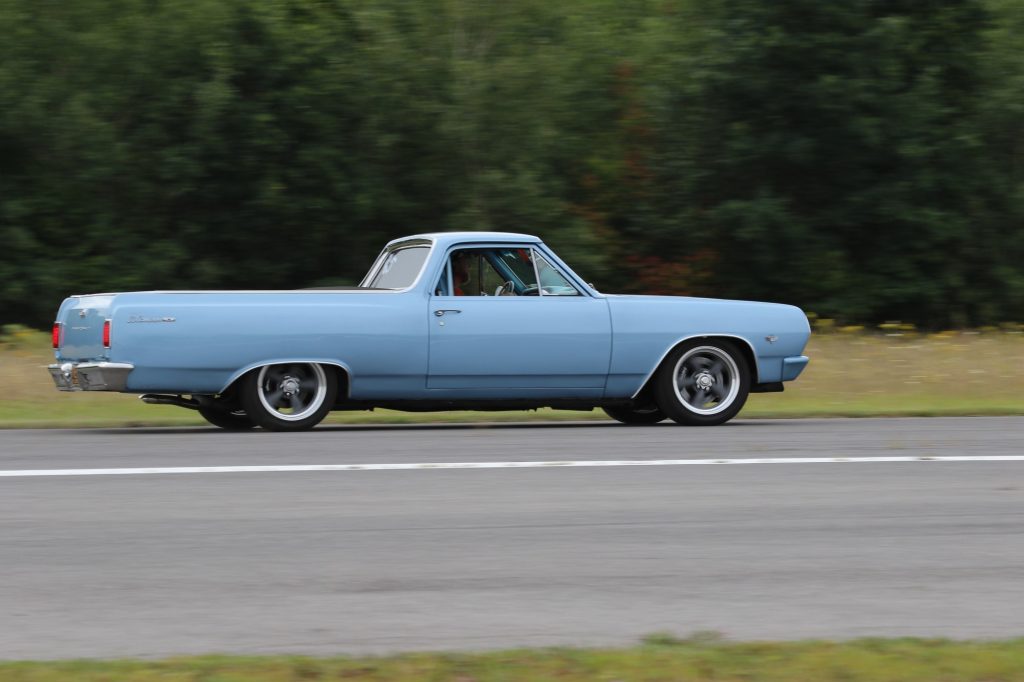 The stage five kit is a more race oriented package, but can still work on a daily driver. “Up front are delrin bushings and tall ball joints to help camber gain. The front springs and shocks are ride height, and damping adjustable in both compression as well as rebound. The trailing arms have roto-joints, adjustable rear upper arms help set pinion angle and lateral location. The stage five kit also has double adjustable rear shocks help tune ride height and damping. Both are great kits, just used for different purposes,” stated Womer.

Overall, the biggest noticeable change is driveability. Whether you are heading for that nice driver or full-blown racecar, there will be an immediate, and very noticeable change in the car. It feels like “a new car on sport mode,” described an UMI customer. We personally can tell you the UMI Suspension works great. After installing it on our ’66 Chevelle we took the car 5,000 miles on Power Tour. The car was comfortable but sporty and took the abuse of thousands of miles of rough roads and flat out beating on the car without an issue. 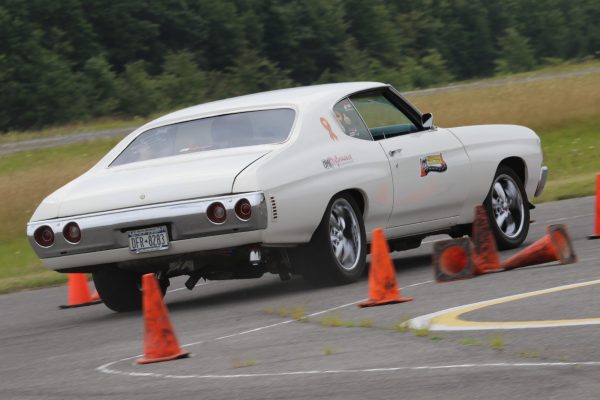 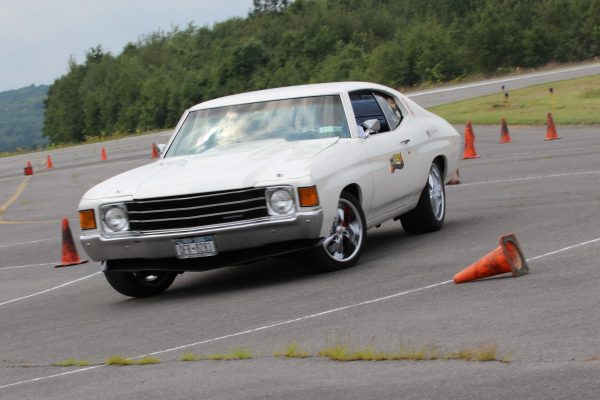 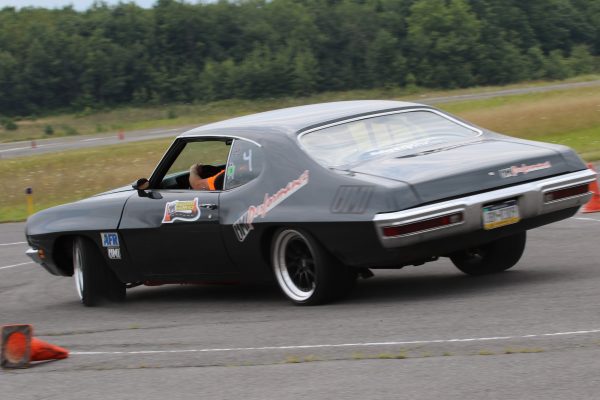 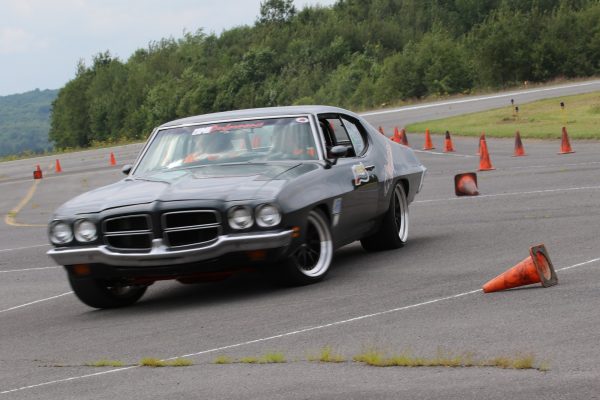 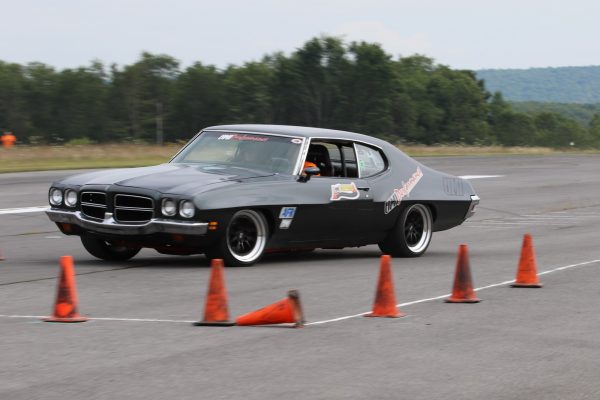 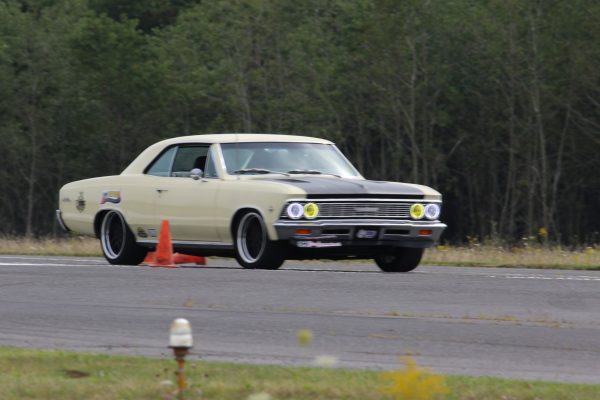 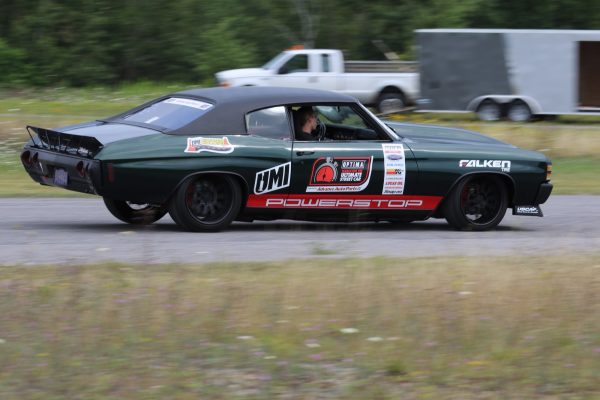 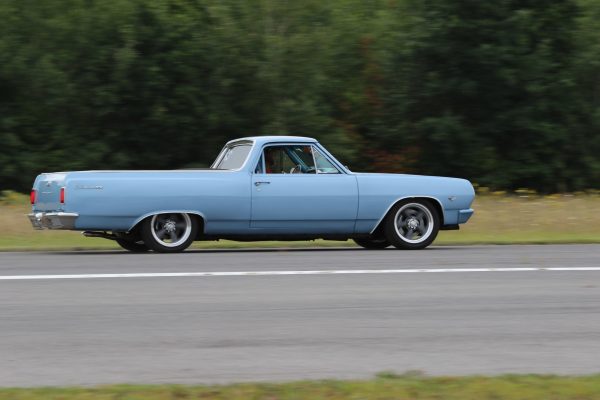 ATTENTION: Due to demand and production time, please allow 3-4 WEEKS for MOST orders to ship. Flat rate $11.99 US domestic shipping over $149!